[Show/Hide]
Tap a compatible amiibo to the NFC touchpoint on the right Joy-Con controller or the Nintendo Switch Pro Controller and their figure player will appear in your game! Figure players can learn new abilities and tactics as they fight. The more they battle, the more abilities and personality they gain! Use the spirits you've collected to imbue your figure player with their attack and defense powers! You may even get in-game presents from select amiibo figures that aren't part of the Super Smash Bros. series. 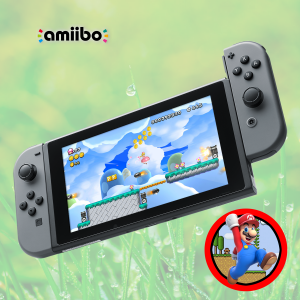